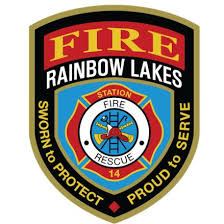 Frank was born and raised in Pittsburgh and moved to Dunnellon in 1986 after retiring with J&L Steele. While living in Dunnellon he worked in Maintenance for Marion County Municipality. He devoted his time as a Volunteer Firefighter for the next thirty years retiring as Chief of the Rainbow Lakes Estates  Volunteer Fire Department. Frank loved working in his yard, tractors and spending time with his family and friends. He will be dearly missed but never forgotten. Rest in Peace until we meet again in that Glorious City. He is preceded in death by his wife, Joann O’Reilly; his son, Dennis O’Reilly, his daughter, Kelly Brown and longtime companion, Madelyn Daut

Funeral Services will be held at Roberts Funeral Home on Thursday, December 19, 2019 at 10:00 AM. There will be a public viewing on Wednesday, December 18, 2019 from 5-7 PM in the funeral home. Burial will follow funeral services at Good Shepherd Memorial Gardens in Ocala,FL.

Memorial Contributions can be made in Frank’s memory to the Rainbow Lakes Volunteer Fire Department: 3105 SW Ivy Place, Dunnellon, FL 34431