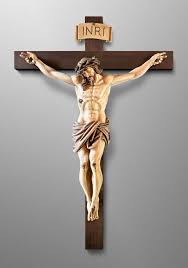 Lyle Alfred Ternes, 79, died in the early morning hours on Friday, November 1, 2019 at his residence while under the care of Hospice of Marion County. He was born on September 14, 1940 in Monticello, MN. Lyle was the son to the late Alfred and Berniece (Amundson) Ternes. Lyle moved to Dunnellon in 1999 from Coatesville, IN. He was a parishioner of St. John the Baptist Catholic Church in Dunnellon. Lyle was an avid reader and he enjoyed life-playing golf in which he and his buddies formed a group called the “Chitlin’s”, and he enjoyed bowling on a   league at Parkview Lanes in Holder. He will be honored as a United States Marine Corp Veteran at the Florida National Cemetery in Bushnell.

Besides his parents, he is preceded in death by his brother, Lester Ternes.

He leaves behind his wife, Phyllis Ternes, Dunnellon; his son, Scott Ternes and his wife Dee Dee from Rock Hill, SC; his daughter, Cynthia Deak and her husband Andrew of Lady Lake, FL; his grandchildren, Brian Ternes and is wife Kaitlyn of Plano, TX and Elizabeth Ternes of Columbus, OH and his two dogs, Pyper and Bandit and grand dogs.  Lyle will be greatly missed by all his family and friends.

Lyle’s family will receive relatives and friends on Wednesday, November 6, 2019 from 3:30 until 6:30 PM at Roberts Funeral Home in Dunnellon. A Mass of Christian Burial will be celebrated on Thursday, November 7, 2019 at 10:30 AM at St. John the Baptist Catholic Church in Dunnellon. There will be a repast meal following the Mass. A procession will form from Church to Florida National Cemetery in Bushnell for a 2:30 PM committal service with full military honors.

To send flowers to the family or plant a tree in memory of Lyle Alfred Ternes, please visit our floral store.