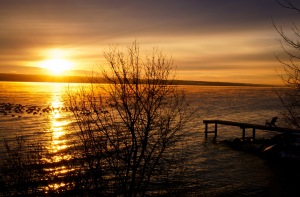 It is with great sadness that we announce the death of Daniel Thomas Peters from an illness. He was born on January 10, 1964 at St. Elizabeth Hospital to Nancy and Thomas Peters. He attended St. Edward's school and then went on to Ursuline graduating from The Rayen School in 1982. He worked at the Youngstown Country Club and the 20th Century Restaurant before moving to Florida where he worked construction. He moved to Marco Island in 1987 to make his home with his grandfather, Dale Goodell. He continued to work in construction following an accident where he lost the use of his left arm. In 2009 he eventually came to terms with his disability and stopped working. He continued to write poetry, lyrics, and a book he hoped to have published one day. He married Amy in 1997, and they had a daughter Shelby Peters (who Dan loved endlessly). He is survived by his daughter Shelby Peters, and step children Tyelor McElhaney and Cierra Bekich, his loving mother Nancy Peters-Inglefield, his sister Karen Peters, two nieces Amanda Baldwin and Jessica Faiola, his step-mother Dolores Peters, his Godparents Virginia Sullivan and Jack Sullivan of Youngstown and a host of friends. Daniel was a man that made everyone smile though his wit, laugh even in troubled times, and danced like nobody was watching. He will carry on in our hearts, and be missed greatly by many.

To send flowers to the family or plant a tree in memory of Daniel Thomas Peters, please visit our floral store.

You can still show your support by sending flowers directly to the family, or by planting a memorial tree in the memory of Daniel Thomas Peters
Share a memory
© 2020 Roberts Funeral Home of Dunnellon, LLC. All Rights Reserved. Funeral Home website by CFS