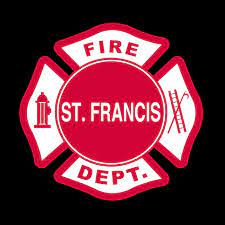 Dunnellon- Dennis P. Hossalla, 84, died on September 16, 2022 in Lecanto, FL. He was born on November 30, 1937 in Milwaukee, Wisconsin and was the son to the late Peter and Ludwina (Mudek) Hossalla. Dennis served our country with the United States Air Force and eventually retiring as an E-7. He   moved to Dunnellon in 1996 from St. Francis, Wisconsin after an extensive career with the city of St. Francis, as a Fire Fighter. He was a parishioner of St. John the Baptist Catholic Church in Dunnellon and  a member of the  Knights of Columbus Council #8510. Dennis was a lover of classic cars and enjoyed collecting guitars.

He is preceded in death by his wife, Judith Hossalla in 2011; his cherished grandson, Griffen and his sister, Carol Hashek

There will be a visitation held on Tuesday, September 20, 2022 from 10-11 AM at Roberts Funeral Home in Dunnellon, followed by a Wake Service at 11:00 AM. Burial with full military honors will be held at Florida National Cemetery at 1:00 PM.

To send flowers to the family or plant a tree in memory of Dennis Peter Hossalla, please visit our floral store.

A Memorial Tree was planted for Dennis

We are deeply sorry for your loss - the staff at Roberts Funeral Home of Dunnellon, LLC

Join in honoring their life - plant a memorial tree