Share a memory
Obituary & Services
Tribute Wall
Read more about the life story of Derrick and share your memory.

On a glorious bright and sunny day in West End, Grand Bahama, God gave a blessing in the form of an angel to the proud parents of Clifton Rafile Aleverares Johnson and Janet Smith whom both are deceased; a baby boy named Derrick Owen Aleverares Johnson was born.

Derrick attended Freeport Anglican High School. Upon graduating he moved to Miami and lived with his (Grammy) Leonorha Johnson and (Papa) Sydney Johnson; both of whom are now deceased; while attending Lindsey Hopkins Technical College. After graduating, Derrick returned to Freeport, Grand Bahamas and worked in the hospitality industry for a few years before moving to the United States permanently. He settled in the Orlando area and Kissimmee became his new home.

Derrick loved to cook and worked at Giuseppe’s Italian Restaurant in Kissimmee, owned by the DeBaise family, for nearly 20 years. His mentors were, Joseph De Baise (Giuseppe) and Catherine De Baise, both deceased. It was here that he met his wife Jo Ann and soon after they started their lives together. Between the years of 2005-2008 Derrick was a kitchen manager at Planet Hollywood in Disney Springs, (formerly Downtown Disney).

Derrick loved the Lord and spreading God’s word. He loved children and was an active member of First United Methodist Church of Saint Cloud, Florida. He enjoyed volunteering for different ministries, particularly, Elmer’s Kitchen, where he coordinated and cooked for various occasions for several years.

Derrick decided in 2009 that he wanted his culinary degree. He attended Le Cordon Bleu College of Culinary Arts in Orlando, Florida and graduated in 2010 with his Associates Degree in Culinary Arts.

In 2016 Derrick decided to retire. He and his family moved to Dunnellon, a small quiet town in Marion County. He loved to socialize and entertain and enjoyed helping to care for his many grandchildren. Every holiday was spent at Papa and Grandma’s house.

Derrick was a kind and loving soul. Who always had a beautiful smile for everyone. He always spoke of God’s love and always shared that with others. He was a devoted father, husband and grandfather. He finished every conversation with the words. “I love you”.

May he rest in peace.

Left behind to cherish the love and memories of Derrick are his daughters and adopted daughters; Sabrina, Sara, Jyssika, Leigha, Jasmine.

And many generations of cousins, nieces, and nephews.

To send flowers to the family or plant a tree in memory of Derrick O. Aleverares-Johnson, please visit our floral store. 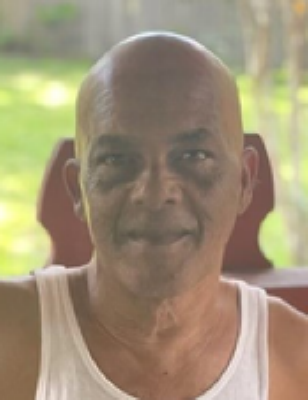