Read more about the life story of Dolores and share your memory.

We are sad to announce the passing of Dolores Geisler, age 92, of Dunnellon, FL, who entered into rest early Monday morning on October 31, 2022, at HCA Florida West Marion Hospital in Ocala, FL. Dolores was predeceased by her husband of seventy three years, Thomas J. Geisler, only one month ago. Dolores was born on June 2, 1930, in Detroit, MI to Helen (Schulz) Manes and William Manes; and was predeceased by her two brothers, Ken and Bill. Being a wife and mother were the joys of Dolores’ life.  She is survived by her sons, Dave and Tom, Jr., and their spouses, Karen and Ellen. Dolores had three  grandchildren , Alison, Katie, and Thomas, III, and one great-grandson, Hunter. Dolores and Tom moved from Madison Heights, Michigan to Norwalk, CT in July, 1963. Together, they opened a hobby store, “Family Hobbies” in 1974, two years prior to his retirement from Pitney Bowes. After several years in business, Dolores and Tom moved to Florida and built a home in Dunnellon. Early in her life, Dolores loved school and excelled in her studies. She worked as a secretary for the local board of education until the birth of her first child. She stayed home while she raised her family and loved cooking, sewing, making a home, and reading voraciously. While in CT, Dolores and Tom were avid bowlers, and she could be found each week typing up the statistics for the bowling league, as their secretary. She loved to sew, work on crossword puzzles, and could beat everyone in the family in a good game of Scrabble! Throughout her life, she loved music, and from an early age, followed in her mother’s footsteps in becoming an accomplished organist and piano player. In her Florida home,  Dolores could be seen at the piano or at the home’s concert organ playing her favorite pieces. Dolores was best known for her kindness and friendliness to all those she met. She will be deeply missed by her family and friends, and the folks in Dunnellon and Florida who became like family over the years.

A service for Dolores will be held on Thursday, November 3, 2022 at 11AM  in the chapel of Roberts Funeral Home in Dunnellon, followed by a luncheon at Citrus Grill in Dunnellon.

To send flowers to the family or plant a tree in memory of Dolores Geisler, please visit our floral store. 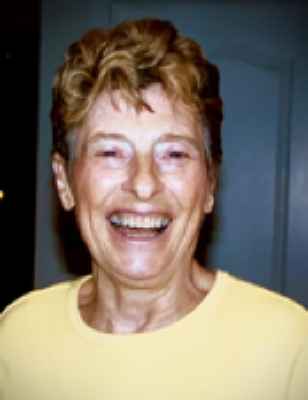