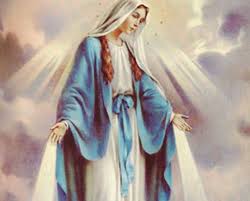 In the morning hours of Monday, October 26, 2020, Dorothy M.  Kramer, 85, died  and rose with Christ  her Lord and Savior to her eternal home while under the care of hospice at the Legacy house in Ocala, FL. She was born into this life on  February 6, 1935 in NY, NY and was the daughter to the late Lawrence Joseph and Mary Magdalen(Waechtler) Kramer. While living in New York she attended Parochial school in where she heard the call to the religious life. She asked her mom permission to enter the convent,  but her mother refused to let her go and then later told her to wait a couple of years. With much prayer and discernment following high school, with her mother’s permission, she entered the convent of the Ursuline Sisters of Tildonk in Queens, NY. Dorothy later studied and obtained her master’s degree and taught elementary all the way through high school religion and math. After thirteen years in the convent the Lord was leading her back into the secular life and she followed and moved to Dunnellon In 1982 to be closer to her parents and brother. While in Dunnellon she was employed with the Marion County School Board for seventeen years and did teach in Dunnellon during that time and eventually retired in 1999. She truly had a heart for animals, especially breeding and showing, Lhasa Apso and Tibetan Spaniels. As her parents were getting older they needed full time care and Dorothy devoted her time caring for them up until their passing. She never married but always had and loved her furry companions. She lived a simple, quiet life and even waited for her sisters to leave the room before she took her last breath. We know she is now at peace with all of her family that preceded her death and with the assurance and hope that we will see her again in that Glorious City. We love you and we will greatly miss you, but never forget you until we meet again.

Dorothy leaves behind her sisters, Mary Mallia and Carol Ann DeNoto; her sister in law, Doris Kramer; her brother in law, Tom DeLiso; her many nieces and nephews and her two furry companions, Gemma and Wink.

A MASS OF CHRISTIAN BURIAL WILL BE CELEBRATED ON THURSDAY, OCTOBER 29, 2020 AT 11 AM AT ST.  JOHN THE BAPTIST CATHOLIC CHURCH IN DUNNELLON WITH A REPAST TO FOLLOW IN THE CHURCH PAVILLION.

DOROTHY WILL BE LAID TO REST AT FERO MEMORIAL GARDENS IN BEVERLY HILLS, FL.

To send flowers to the family or plant a tree in memory of Dorothy M. Kramer, please visit our floral store.