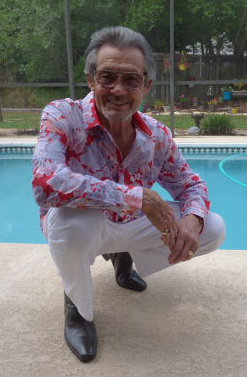 Eddie “Skip” Skipper was born in Pelly, Texas to Eddie Shaw Skipper and Nettie Jo (Wimberley) Skipper on March 3, 1943.  The family moved to California when Skip was a baby.  They lived in a few locations in CA before settling in San Bernardino, where he grew up.

He left Pacific High School at the age of 16 to join the Air Force (forged his birth certificate; a bad forgery at that).  Skip very proudly and honorably served his country from Nov 16, 1959-Dec 31, 1979, accomplishing great achievements and awards along the way.  He retired at the rank of Master Sergeant.  It was evident that he was proud to have served in the capacity he did.

Airman in Charge, Base Communications Center.  Promoted to Staff Sergeant (youngest for that grade and 29150 AFSC, within the USAF)

After retiring from the USAF, he worked for various companies (US West, ITT Business Communications, Battels Hardware & Tool Company). He then became self-employed, building computer systems for private parties and then on to become a Tax Preparer.  He truly enjoyed helping people in this capacity.

He and his wife, Rosanne, moved to Florida in May 2004, where he finally retired for good.  Skip loved visiting Disney Parks in CA and in FL where people watching “in the happiest place on earth” was very entertaining.  He enjoyed the happy environment found therein.  Having his beloved dog(s) near or in his lap also brought great joy and comfort.  Guitars, both playing and collecting them, were another favorite of Skip’s.  At home, he would always have one at hand.  He enjoyed the outdoors, dancing, dressing nicely.  His church family and the fabulous brunches they put on made the man happy.  His broad smile is very memorable!

We salute you, Skip, and know that you are freed from your earthly pains and restored to perfect health in the presence of God.  Welcome home, dear one, welcome home….

To send flowers to the family or plant a tree in memory of Eddie J. "Skip" Skipper, please visit our floral store.