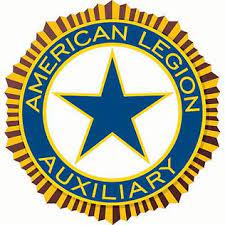 On the morning of April 27, 2021, Faye Byrne Baumgarten passed peacefully at the home of her daughter-in-law Margaret (Peg) Byrne, in Troy, Maine, with whom she lived.  She was surrounded by her loving family when she passed.

Faye was born October 16, 1923 in Westfield, MA. Six months later she and her family moved to Hialegh, FL where she spent her childhood. When she was a teenager, the family moved to Waterbury, CT, where she graduated from Wilby High School in 1941. She went to work at the American Brass Co. until her marriage to her high school sweetheart, Kenneth Bryne.  They were married for 50 years and had one child, a son Douglas. After Ken’s service in the Navy and college, they settled in Bethlehem, CT, where she became very active in Christ Episcopal Church. She worked at the Apparel Fasteners Division of Scovill Mfg. Co. until her retirement. Their son, Douglas and his family then moved to Maine and Ken, Faye, and their mothers, Belle Byrne and Hazel Bryan, moved to Rainbow Lakes Estates in Dunnellon, FL. She joined Holy Faith Episcopal Church where she wore many hats, her favorite being the Altar Guild. She was also a 43 year member of the American Legion Auxiliary Unit #58 where she served as their Chaplain for many years.

A few years after the loss of both mothers and her husband, Ken, she married her good friend, Jim Baumgarten. They enjoyed 14 years together before his death in 2011.  The same year her son, Doug died. In 2013, she moved to Maine to live with her daughter-in-law, Peg, where she lived until her death.

Faye devoted her life to spreading joy and love, and found a unique way to connect with each life she touched. She would want celebration, love and smiles to be had by all. Some of Faye’s final words were “It is nice to be so loved.”

Funeral services for Mrs. Baumgarten will be held at 11 AM Saturday, May 8, 2021, at Holy Faith Episcopal Church, 19924 West Blue Cove Drive, Dunnellon, FL, with The Rev. Paul E. C. Hamilton officiating.  She will be laid to rest in Florida National Cemetery, Bushnell, Florida.

For those who wish, memorial contributions may be made in Fayes’s memory to Hospice of Marion County.