Read more about the life story of Hardy "Danny" and share your memory.

Danny is survived by his wife, Linda; his sons Michael (Amy) of Citrus Springs; Andrew (Jennifer) of Lakeland; and Bill Bare of Jacksonville.  He was the beloved “Papa” to granddaughter, Aurelia.  He is also survived by his sister Margaret (Ernie) Reid of Jacksonville; and brother Johnny (Cindy) of Lake Park, Georgia; and numerous nieces, nephews, and cousins.  Danny was predeceased by his parents, Hardy B. and Esther (Taylor) Douglas.

He was born April 26, 1948 in Homerville, Georgia and eventually moved, with his family, to Valdosta where he attended and graduated from Valdosta High School.  After graduation, he attended Georgia Tech, earning a degree in Electrical Engineering in 1970.  He would later earn a Master’s Degree in Business Administration.

After graduation, Danny and Linda were married and soon settled in Florida, where he began a career in the power industry that spanned 50 years.  He worked for Florida Power/Progress Energy/Duke Energy holding positions as varied as Plant Engineer, Electrical Supervisor, Assistant Site Manager, Plant Manager for the fossil fuel units and Senior Project Manager.

Danny was described as “a positive influence on everyone he worked with and arguably had one of the best memories of anyone.”  Following retirement, Danny started his own consulting firm, Powerhouse Consulting.  After he retired from consulting, he and Linda became partners with their children in Premier Parties in Lakeland, Florida.

Danny and Linda made their home in Crystal River, raising their two sons and becoming “surrogate parents” to scores of their sons’ friends, adopting Bill Bare along the way.  After living in Crystal River for more than 20 years, they built their dream home in Dunnellon.

Danny loved his family above all else.  He was a member of Seven Rivers Presbyterian Church and was a former member of the Lions Club.  An active angler and hunter, he loved to spend time with family and friends, playing with his card group or cooking in his barn.  He achieved one of his life goals, traveling and spending time in all 50 states.  If you were fortunate enough to know Danny, you loved him and called him friend.  He never met a person he wouldn’t help, a  problem he couldn’t solve or a fish he wouldn’t fry.

A private memorial service is being planned. 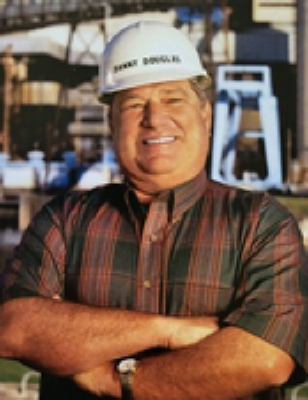