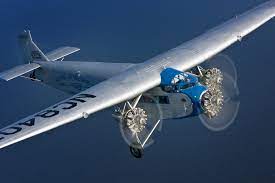 Ocala- Henry S. Jazwinski, 86, died on September 14, 2021 in Ocala, FL. He was born into this life on February 17, 1935 in Queens, NY. He was the son to the late Joseph and Jenny (Trzaska) Jazwinski. Shortly after graduating from high school, Henry enlisted in the United States Army and then the National Guard. He  trained to be an aviation mechanic leading him to work and retiring with United Airlines. Following retirement, Henry decided to move to a warmer climate and landed in Oak Run in Ocala, Florida. He was very active in various clubs up until he became ill, just to name a few, the Ocala RC Flying Club, the Dunnellon Rivers Club, the Ocala Polish Club, the Upstate New York Club in Oak Run, the Ocala Gun Club  and the Queen of Peace Knights of Columbus. Henry also was a world traveler and has been to many different countries, and he also enjoyed creating beautiful stained glass pieces and  going on cruises.

He is preceded in death by his wife Joan Jazwinski; his son, Paul Jazwinski and his three brothers.

A Funeral Mass will be held on Wednesday, September 22, 2021 at St. Paul Parish National Catholic Church: 5245 SE 112th Street, Belleview, FL 34420 starting at 10:30 AM.  There will be a public viewing held at the church from 9:30 AM until service time. Burial will follow for a 1:00 PM committal service at the Florida National Cemetery, Bushnell, FL.

To send flowers to the family or plant a tree in memory of Henry S. Jazwinski, please visit our floral store.