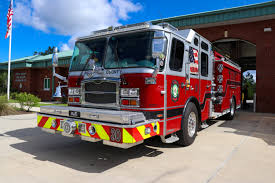 Dunnellon- J. “Dan” Kimball, 62, died peacefully on January 1, 2021 after a valiant battle with pancreatic cancer, surrounded by his loving family by his side. Dan was born in Fond DU Lac, Wisconsin on May 22, 1958 to the late James R. Kimball and Dorothy (Keller) Kimball. As a young child, his family  moved to St. Albert, Alberta Canada in where he was raised. He worked as a Meat Cutter for Safeway grocery store in Canada. In 1993 Dan moved to Sarasota for a warmer climate and decided to become a firefighter, so he enrolled into fire college and upon completion, he started working for Nokomis Volunteer Fire Department in Sarasota. While in living in Sarasota he enjoyed scuba diving and even worked part-time for a scuba company and they would send him to the Caribbean islands to explore the beauty of their underwater sea life. Several years later, Dan got a job with the Pasco county Fire Department and later retired from their as a Firefighter/EMT. He was a member of I.A.A.F and the National Association of Firefighters. He worked part time for a while at Winn-Dixie in Sarasota as a meat cutter and met his future wife, Wendy, while helping her in his department. They tied the knot in 1999 and made their home in New Port Richey, Spring Hill, and then to Dunnellon nine years ago.  He was a former member of Idlewild Baptist Church in Lutz and a present member of the First Baptist Church in Dunnellon. There was a lifetime of good memories that we will cherish and hold dearly in our hearts. We are going to miss him dearly, but with great assurance that one day we will enjoy his company again in heaven.

He is preceded in death by his father, and his brother.

Memorial contributions, The Firefighters Charity of Pasco will be collecting donations for a scholarship fund to be 100% donated to his children Chris, Addie, Walker. PLEASE "write a note" and put "Kimball Fund"

Graveside services will be held on Saturday, January 16, 2021 at 1:00 PM at Dunnellon Memorial Gardens, 10939 SW 210th Avenue, Dunnellon, FL 34431 followed by a reception at the Kimball’s residence in Dunnellon.

To send flowers to the family or plant a tree in memory of James Daniel Kimball, please visit our floral store.