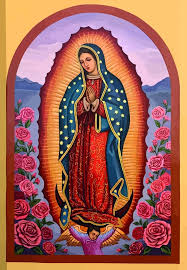 Jonathan was an adventurer. He was happiest when traveling and planning his next journey. Jonathan was a fine art photographer. That description was challenged though during his stay in Aix-en-Provence as a visiting artist. He was told by the director that he was not a photographer but rather a painter of light with a camera. Jonathan was honored with 3 exhibitions in southern France. He would say that his purpose as an artist was to create beauty. In following that path, he was recognized with an  international award for his flower series.  Jonathan graduated from the University of Florida in 1978 and pursued his Master's Degree at Florida State University. In 1981, he moved to Atlanta and began landing assignments from leading news and business publications For many years, he was the runway fashion photographer for the Atlanta Apparel Mart and was very proud of his work with Atlanta's Alliance Theater and with Seven Stages. Jonathan was a golfer known for his colorful attire. He was introduced to the game by his father at the age of 9 and was a top player on his high school teams the Pasco Pirates and the Gulf High Buccaneers. He is survived by his wife Cheryl of 26 years, his brothers Mark and Ric and many nephews and nieces.

He was preceded by his mother and father.

He will be laid to rest at Riverview Memorial Gardens, Cocoa, Florida.

Expressions of sympathy can be left online at robertsofdunnellon.com

To send flowers to the family or plant a tree in memory of Jonathan M. Burnette, please visit our floral store.

Your browser does not support this video format. You should be able to view it in Chrome, Safari or Internet Explorer.

You can still show your support by sending flowers directly to the family, or by planting a memorial tree in the memory of Jonathan M. Burnette
Share a memory
© 2021 Roberts Funeral Home of Dunnellon, LLC. All Rights Reserved. Funeral Home website by CFS & TA | Terms of Use | Privacy Policy