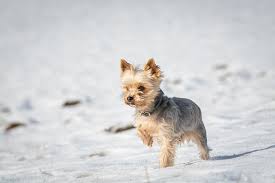 Penelope “Penny” Buckliew, 76, died on July 13, 2021 at her home in Dunnellon. She was born on April 9, 1945 in Cardiff, Wales, United Kingdom. She came to the United States as an American Diplomat, because her father was in the military. Penny lived in various states including, Virginia, Tennessee and  Texas. Nine years ago, Penny met Herb Stilling and they lived in Tennessee and Sebring, FL. Herb decided to sell his cabin in Tennessee and live permanently in Florida, so he and Penny came to Dunnellon around four years ago.  She enjoyed shopping, cooking, baking and her yorkie puppy dog. She will be greatly missed by all of her family and friends.

She is preceded in death by her husband.

Penny is survived by her daughters, Stacey Ledford and her husband, Benjamin, Knoxville, TN and Lisa Grayson, Stephens City, VA; her brother, Michael Carter and his wife Donna of Hudson, FL; her eight grandchildren and one great grandchild.

To send flowers to the family or plant a tree in memory of Penelope "Penny", please visit our floral store.

You can still show your support by sending flowers directly to the family, or by planting a memorial tree in the memory of Penelope "Penny" Buckliew
Share a memory
© 2021 Roberts Funeral Home and Crematory of Dunnellon. All Rights Reserved. Funeral Home website by CFS & TA | Terms of Use | Privacy Policy