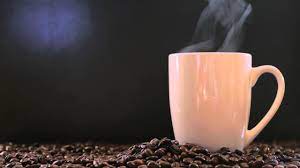 Rhonda Freeman Collins, 61, passed away peacefully Tuesday August 24, 2021 surrounded by her children, after an extended illness, at Cate’s House in Ocala. Born June 14, 1960 in Brewton, Alabama, she was the first daughter of Roy and Jeanne Freeman. She moved around the country with her parents and younger sister, Linda, following her father’s US Navy career. The family returned to Brewton and she graduated from Flomaton high school in 1978.

Rhonda had her first daughter, Miranda in 1988. She married Dean Collins New Year’s Day 1993 and their son Samuel was born that fall. The family moved to Dunnellon in 1996. They added two more daughters, Jessie and Reba, in 1999 and 2000. Rhonda was a stay-at-home momma, and took pride in raising her family. She returned to the workforce in 2002 and helped open the Dunnellon Super Walmart, where she stayed until 2017.

She loved science fiction, the beach, dancing, fast cars and motorcycles, trivia games, and was her children’s biggest cheerleader. She could live on coffee, and everyone knew better than to talk to her before coffee! She was the queen of thrift store finds! She never met a stranger and always knew just what to say, no matter what the situation was. She knew how to turn anything into a great meal. She loved Kung fu and enjoyed her time with the Dragon Warrior Martial Arts studio of Dunnellon.

She was Southern Baptist, and a member of Catawba Springs Baptist Church in Brewton, Alabama.

She is preceded in death by her husband of 15 years Dean Collins, Dunnellon, FL, and her maternal grandmother Kathleen Chavers (Granny), Brewton, AL, and several aunts, uncles and cousins.

Visitation will be held on Saturday August 28, 2021 at 12:00 pm at Roberts Funeral Home of Dunnellon, 19939 E. Pennsylvania Ave., Dunnellon FL, 34432 with the funeral service to follow at 1:00 pm with Pastor Rex Carringer, Riverland Baptist Church, Dunnellon FL, officiating. Following cremation, she will be reunited with her husband at the Florida National Cemetery.

To send flowers to the family or plant a tree in memory of Rhonda Freeman Collins, please visit our floral store.