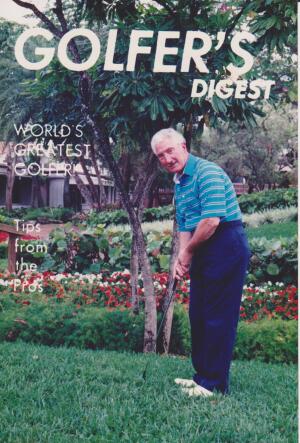 It is with great sadness that we announce the loss of our beloved friend of 36 years, Saverio (Sam) D’Angelo, 94, of the Village of Rainbow Springs, FL. Sam passed away peacefully on May 24, 2020 at Legacy House Hospice of Marion County.

Sam was born in Bari, Italy on February 24, 1926. There he earned his Bachelor’s degree in Education with a minor in Languages. In the early fifties, Sam sailed to New York City and successfully assimilated into American life. During the early years of his career as a traveling salesman, he covered a considerable amount of the Midwest.  By the late fifties he had settled in Miami and his work led him to travel extensively throughout the Caribbean.

Sam was married to Patricia Kenney on August 15, 1959 in Miami, FL. They met at the Fred Astaire Dance Studio where Sam was a dance instructor. They loved traveling and Hawaii and Mexico were their favorite destinations. Sam and Patricia relocated to the Village of Rainbow Springs in 2001. They loved taking road trips to Biloxi, Mississippi to play the slot machines. Sam and Patricia were married 55 years.

Sam worked his way up the ladder and was Vice President, Director of Corporate Sales and Marketing for Southeast Periodical & Book Sales in Miami prior to retiring in 1991. As a member of the Atlantic Coast Independent Distributors Association (ACIDA), Sam and Patricia were actively involved in organizing the annual conventions for several years. Sam was an avid golfer and regularly entertained customers at Doral’s historic Blue Monster golf course in Miami.

Sam is preceded in death by his wife, Patricia Kenney D’Angelo. Sam is survived by his son, Christopher D’Angelo of Boca Raton, his brother Rocco D’Angelo and sister, Isabella D’Angelo in Italy.

A private memorial service will be held at sea by Sam’s close friends, Mara and Vince Gallico, to celebrate his life and to honor his wish for his ashes to be scattered together with those of his late wife, Pat “Over the waters of the Atlantic Ocean where they can travel together eternally”.

To send flowers to the family or plant a tree in memory of Saverio D'Angelo, please visit our floral store.

You can still show your support by sending flowers directly to the family, or by planting a memorial tree in the memory of Saverio D'Angelo
Share a memory
© 2020 Roberts Funeral Home of Dunnellon, LLC. All Rights Reserved. Funeral Home website by CFS & TA