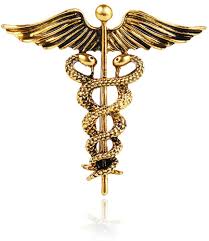 Ted Bruns, 96, died on Thursday, February 18, 2021 while under the care of Cates House in Ocala, Florida. Ted was born into this life on August 19, 1924 in Hildesheim, Germany. He was the son of the late Rudolf and Anna (Burgdorf) Bruns. Selected by the Ventor Foundation, Ted came to the United States in 1954 to continue his medical training as an intern at Mountainside Hospital in Montclair, New Jersey. While in the operating room, he met his future wife, Jean, who was a student nurse. After several moves, Ted and Jean settled in Wauwatosa, Wisconsin and lovingly raised their three children. Ted, a board-certified pediatrician, was highly respected by his colleagues and adored by his patients and their parents. Among his many professional accomplishments were Director of Cystic Fibrosis Care at Milwaukee Children’s Hospital, Clinical Professor in Pediatrics at the Medical College of Wisconsin/Milwaukee, Chairman of Pediatrics at Elmbrook Hospital, Brookfield, Wisconsin as well as authoring numerous published studies in prestigious medical journals. After retirement, Ted and Jean moved to Dunnellon, Florida in 1993 where he enjoyed golfing and visits from his children and grandchildren. After Jean died, he was fortunate to meet Claire Manning. Ted and Claire enjoyed many adventurous cruises together and were well known for their ballroom dancing flair. They spent 18 wonderful years together. Ted will be remembered for his sense of humor and his deep love for his family.

He is preceded in death by his wife, Dorothy Jean Bruns and his sister, Erika Andersen.

Memorial contributions can be made in Ted’s memory by mail to Hospice of Marion County: PO Box 4860, Ocala, FL 34478-4860 or https://www.hospiceofmarion.com/donate/.

Memorial Services honoring Ted’s life will be held on Tuesday, February 23, 2021 at 11:00 AM at Roberts Funeral Home of Dunnellon.

To send flowers to the family or plant a tree in memory of Ted Bruns, please visit our floral store.