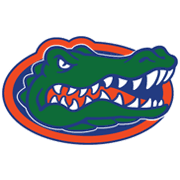 Vernon “Dale” Noland, 64, died unexpectedly on Wednesday, September 15, 2021 at his residence in Dunnellon. He was born into this life on July 30, 1957 in Sevierville, TN. Dale was the son to the late Wayne V. and Beatrice V.(Whaley) Noland. In 1959 his family moved to Dunnellon when Dale  was two years old. He graduated from Dunnellon High School class of 1975. When he was fifteen years old he worked for Bill Fleming at ShopRite in Dunnellon. He continued  working in the grocery store business and worked his way up to manager. Dale worked and managed a variety of grocery stores in Florida. Beside his love for working hard he was a Big Gator fan.  Dale will be greatly missed by all of his family and friends.

He is preceded in death by his sister, Portia Guinn.

He leaves behind his brother, Mike Noland(Beth) ; his sister, Patricia Jackson (Frank); his five nephews, one niece, two great nephews and one great niece.

Memorial services celebrating Dale’s life will be held on Wednesday, October 6, 2021 at Roberts Funeral Home in Dunnellon at 6:00 PM. There will be a memorial visitation starting at 5:00 PM.

To send flowers to the family or plant a tree in memory of Vernon Dale Nolan, please visit our floral store.